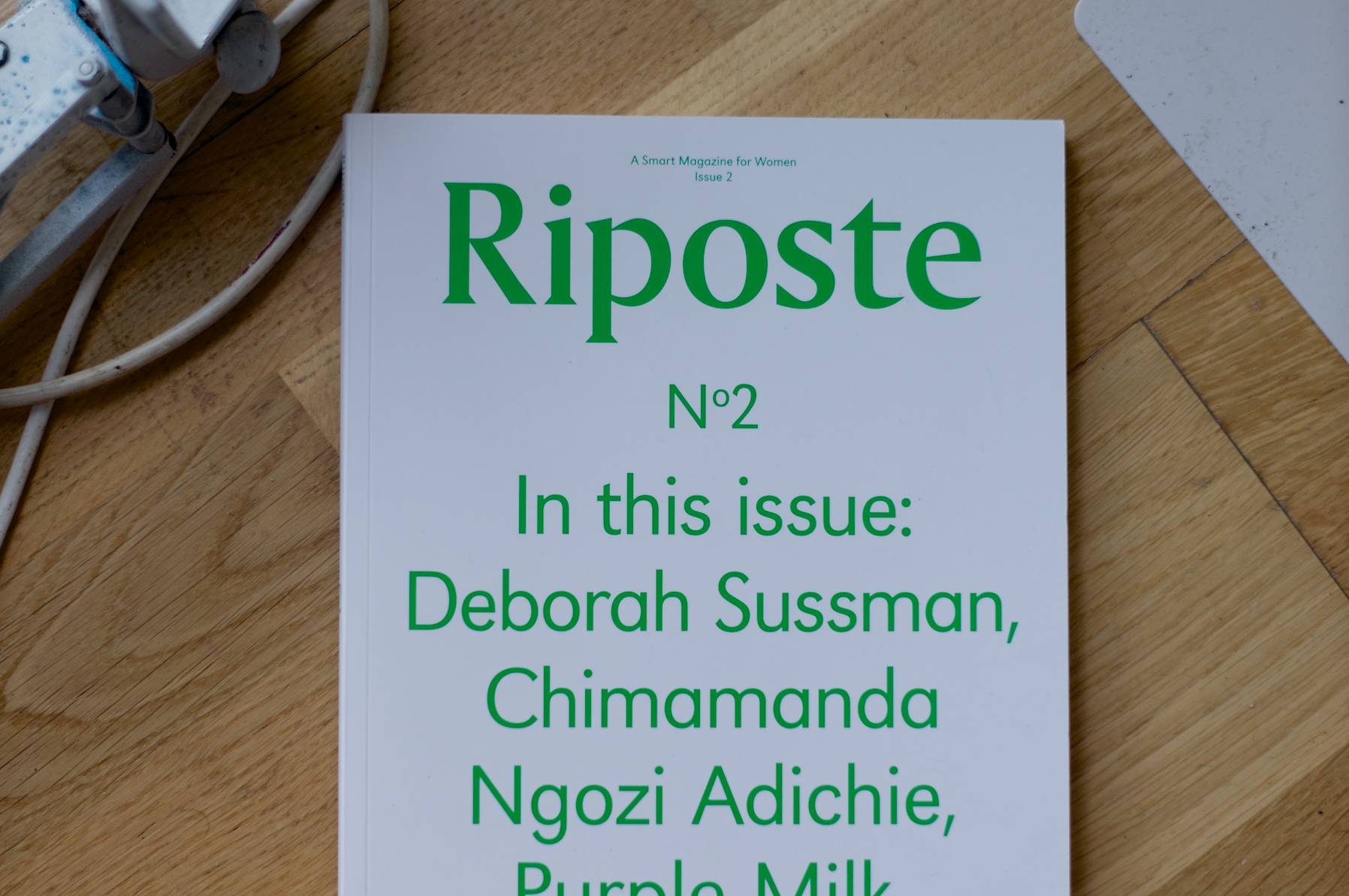 This probably sounds like it should be obvious, but apart from the tagline it’s really easy to forget that Riposte magazine only features women - sort of like how you rarely notice that every other serious magazine out there usually only features men (apart from, you know, the photo on the cover.)

There’s a great interview with Deborah Sussman (designer for Eames and the 1984 LA Olympics graphic identity etc etc). I’d never heard of Sister Corita the screen-printing nun before but I’ll be image searching the shit out of her work. Shaz Madani’s art direction nails that envy spot between rigid modernism and complimenting the articles.

There was an essay that really stuck with me when I read Kim Gordon’s essay collection recently;

The only time I actually felt like an outsider on stage is when Iggy Pop came onstage to sing ‘I Wanna Be Your Dog.’ Lee and Thurston felt pretty much at home with this, whereas I felt, wow he’s taking my place, cause I usually sing this song, I mean it is his song and all, but it didn’t have to do with him being so much more well known and idolized and all, but it’s just that he’s such a freak, it’s not like Mick Jagger or someone like that pretending to be freaky by being womanish and strutting around. Leave it to a man, the Ig, to express the freakiness of being a woman better than she can. I felt like such a creampuff next to the real thing. This image shot into my head of Jagger and Tina Turner doing a duet together on TV for some benefit, and god that was disgusting, the more professional about it they appeared the more sickening it appeared. I don’t have any role models, I didn’t know what to do so I just sort of watched.

Kim Gordon - Is It My Body? Selected Texts