Yesterday the internet meandered my attention to this brilliant chair by Japanese company h220430. 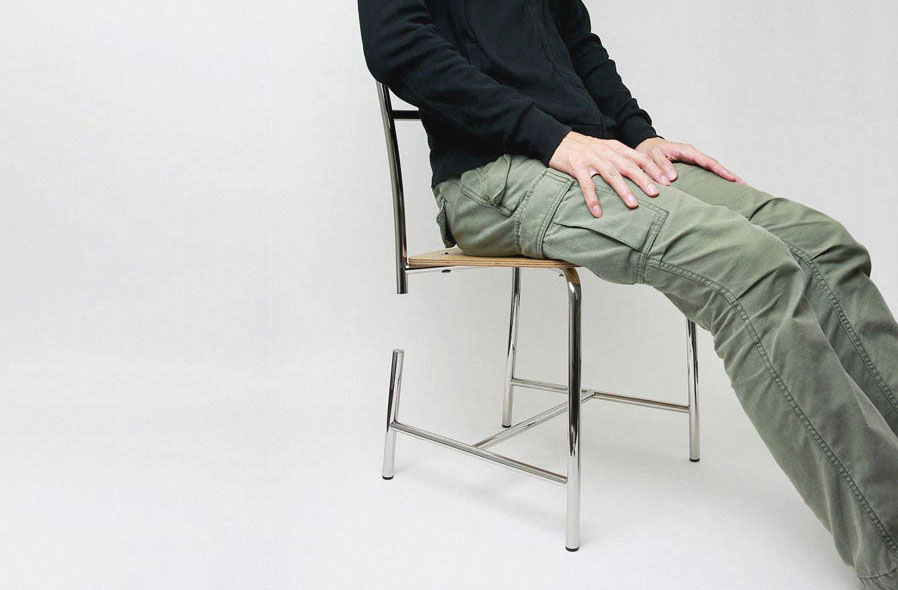 We keenly realized that we have possibility of great danger in our life infrastructure though The Fukushima Daiichi nuclear disaster … ‘Unusual chair’ a chair without a leg, is an expression of not normal current Japanese condition.

We want to design not just primary shape of the things but secondary communication deriving from the messages in the things. We hope our works will produce communication and provide an opportunity for people to rethink and act.

Something about it reminded me of my favourite interaction design book, which is actually a catalogue for a 2008 exhibition called ‘UseLess is More’ by Joe Velluto. 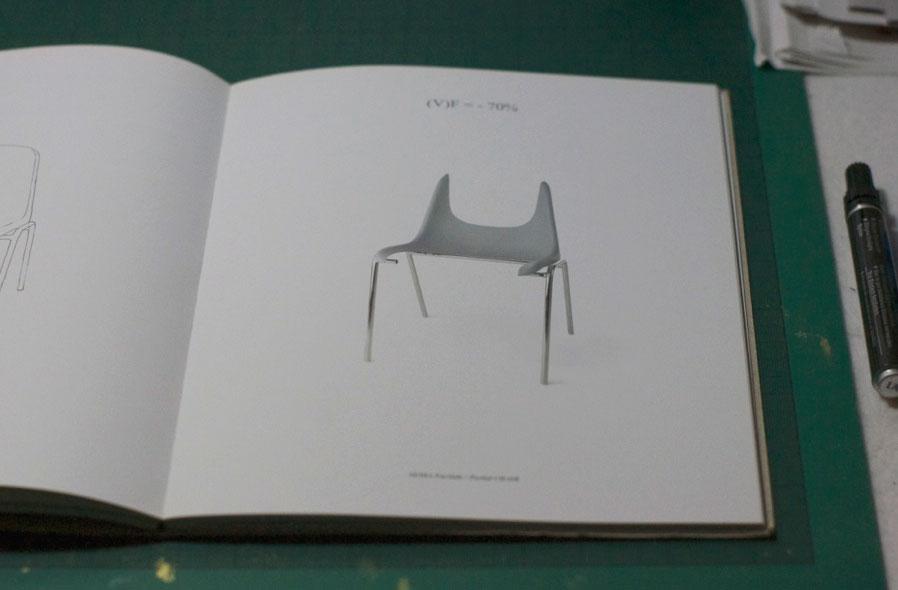 The catalogue is divided into several sections; at first Velluto catalogues found examples of overt disfunction (sacks tied over traffic lights, a safe door removed and placed next to the safe, etc). The second part documents his considered, rational attempts to remove the functionality from a collection of familiar products. 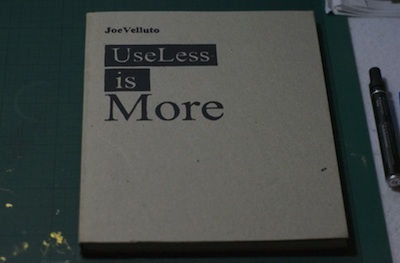 Although Velluto makes plenty of big statements about Bruno Munari and the Italian avant-garde, I’ve tended to just adopt this method as way of kickstarting my own understanding of the products that I design.

Turns out that a lot of the time, having a strong idea about the simplest and most efficient way to make a thing totally broken is far more useful than having an early, rigid idea of how you think it could be brilliant.