Day job is pretty fun at the moment. We’ve been working on behind-the-scenes stuff for a while, and it’s going to get a bit more visible over the next few months. We’re also moving to a new building - I’m so looking forward to having some wall space again.

Anyway, in preparation I sorted out my locker yesterday, getting the huge pile of paper I’ve collected over the last five years into box files and whatever. There’s a lot of sketches and mockups and general design process crap from designing GOV.UK, most of it mine and stephen’s, but also stuff from frances, neil and a stack of drawings of sherlock holmes by guy (not sure why I kept these tbh). One day I’ll go through it proper, but in the mean time here’s some quick iphone shots of things that caught my eye. 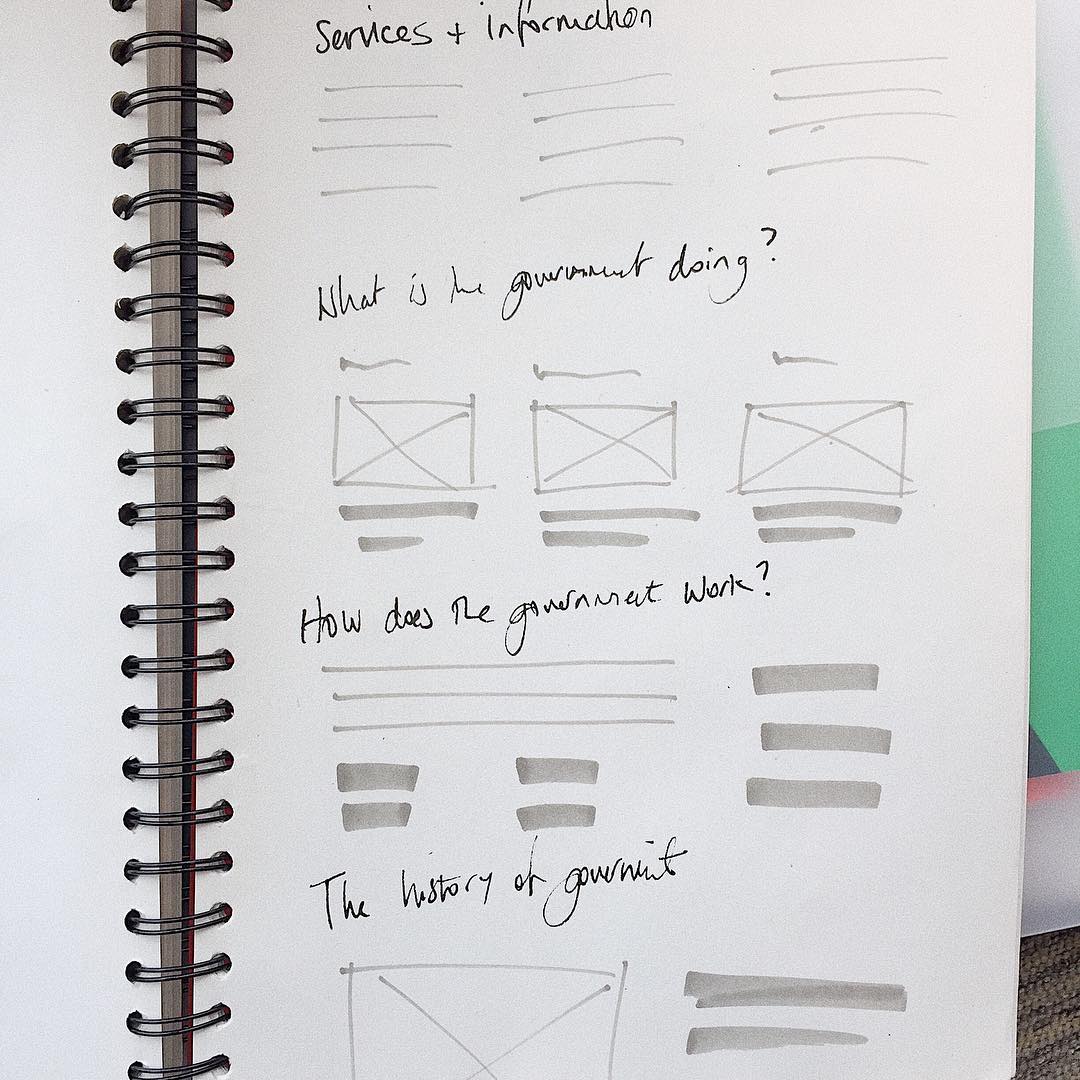 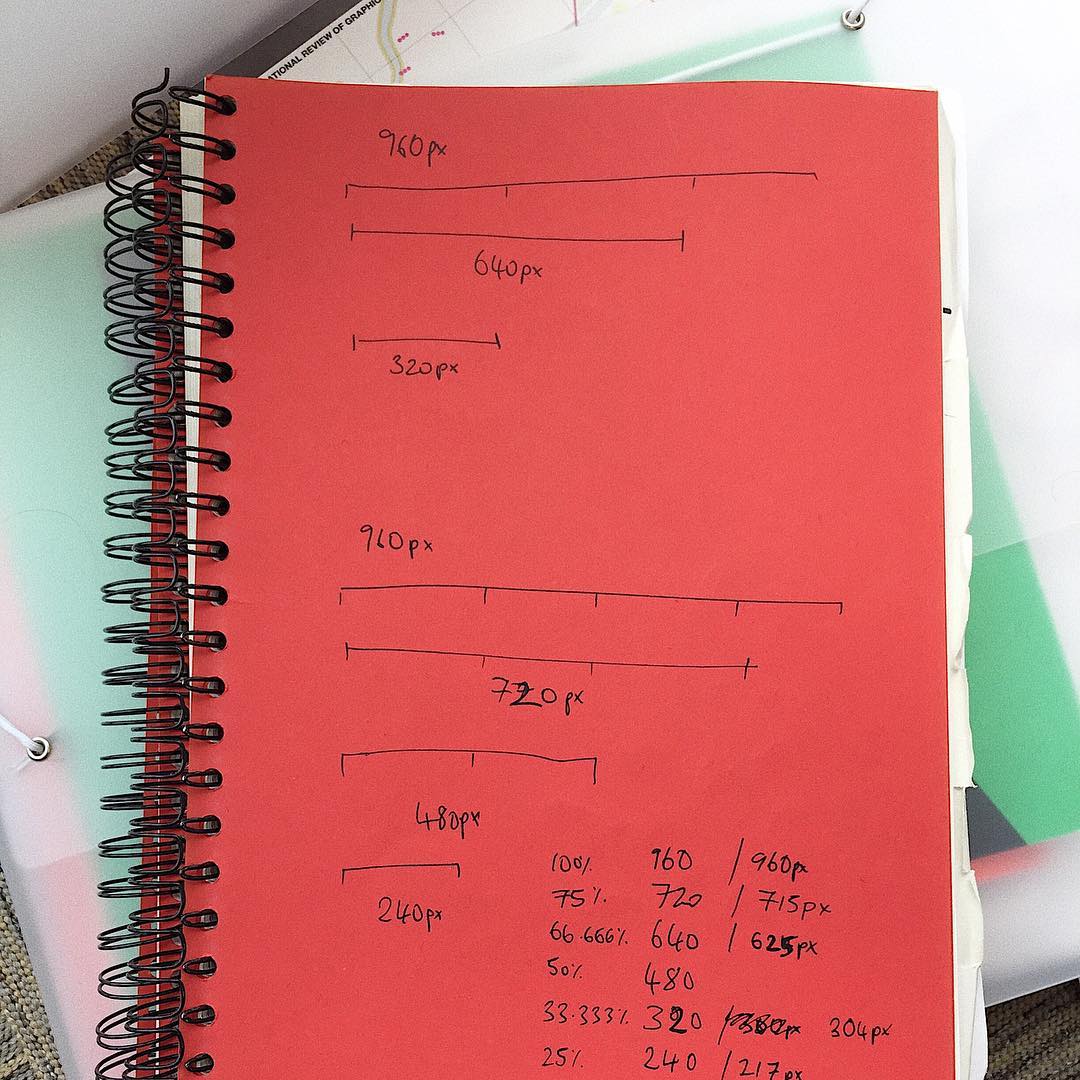 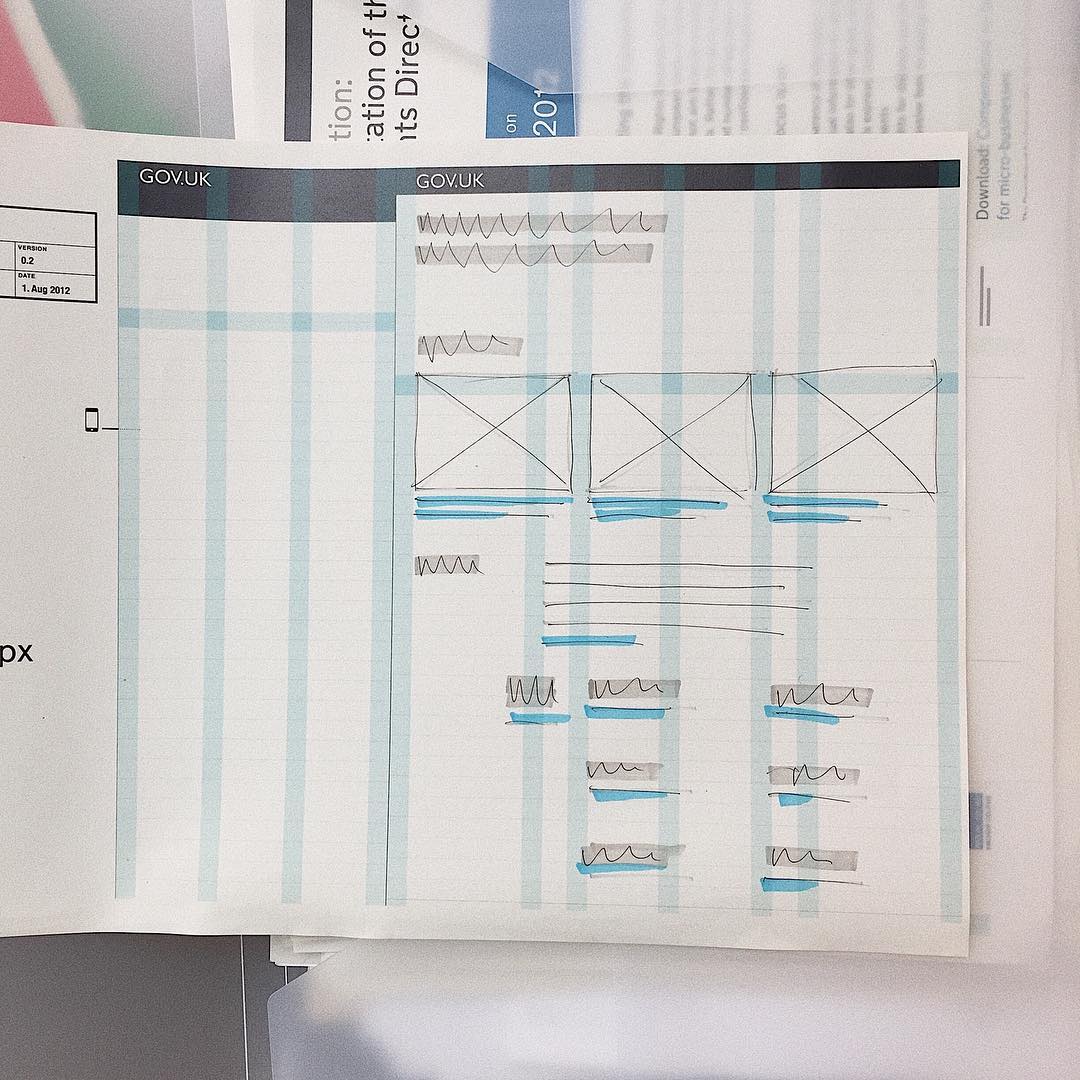 I used these sheets for sketching for a while, really helped with getting ideas down fast. Something like this was pretty much all the direction edd needed to go and make something brilliant 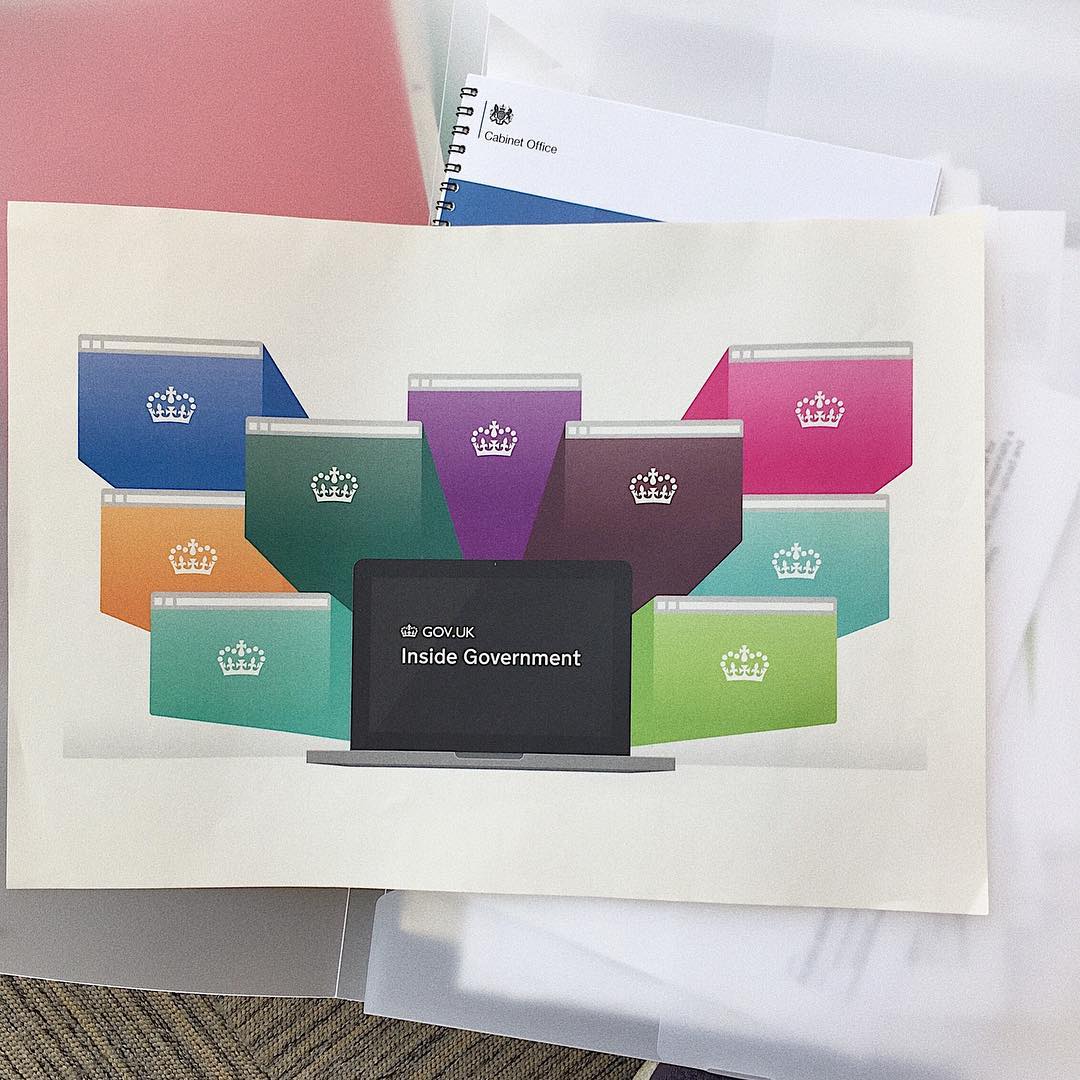 Abandoned idea for publicity graphics to promote the ministerial departments moving onto GOV.UK 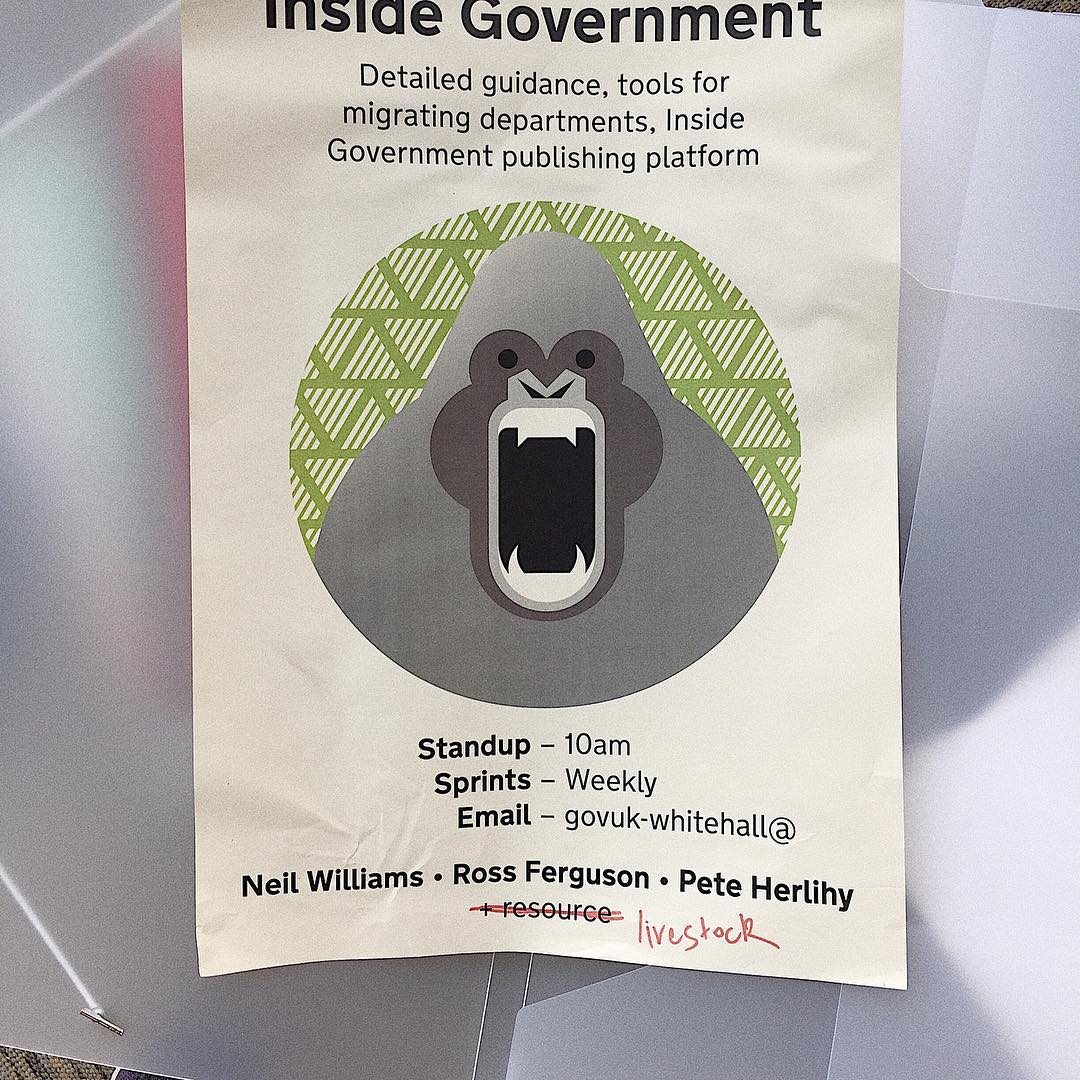 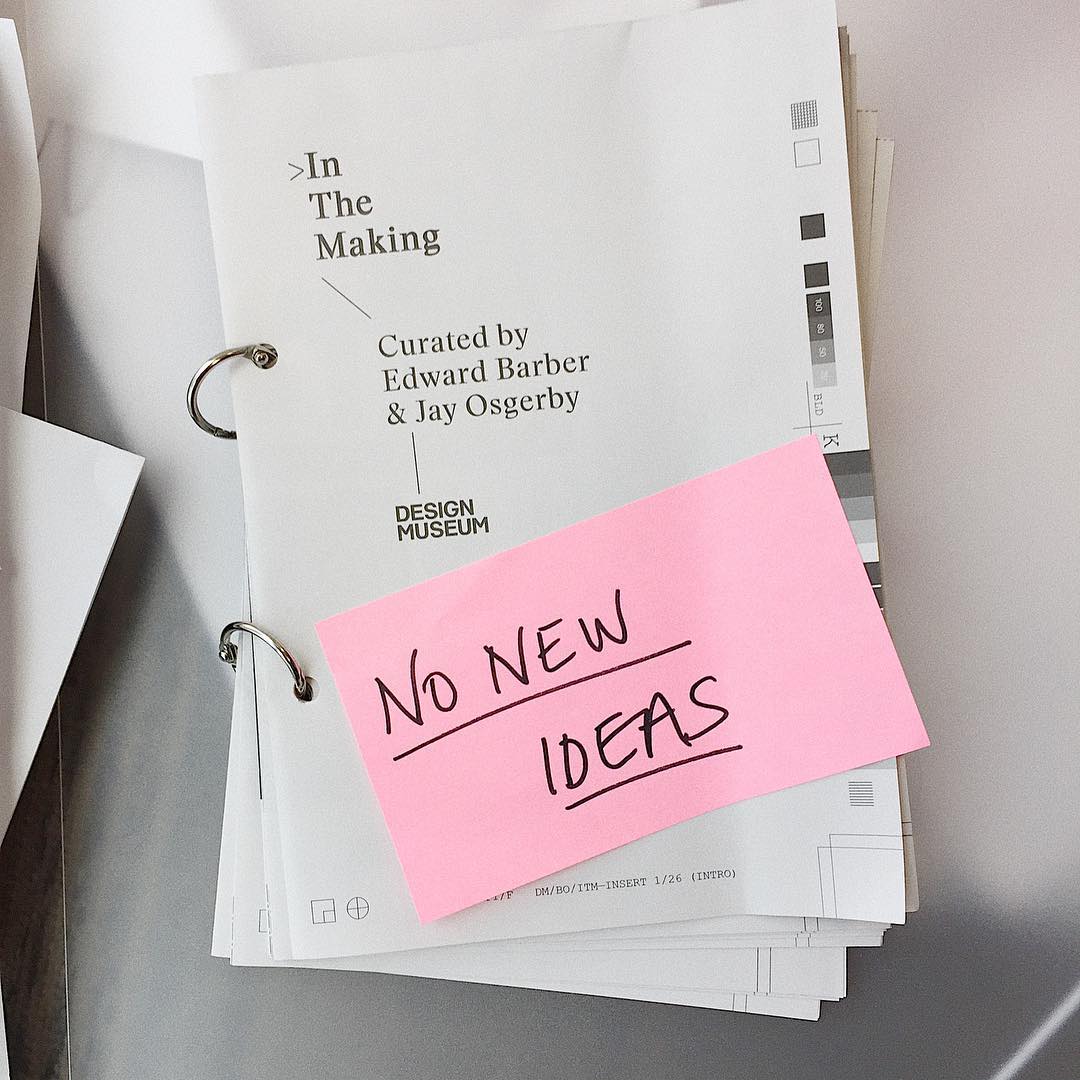 Seriously, the catalogue from this exhibition at the design museum was so fucking over-designed I kept it taped above my desk with that post-it on it for years as a talisman 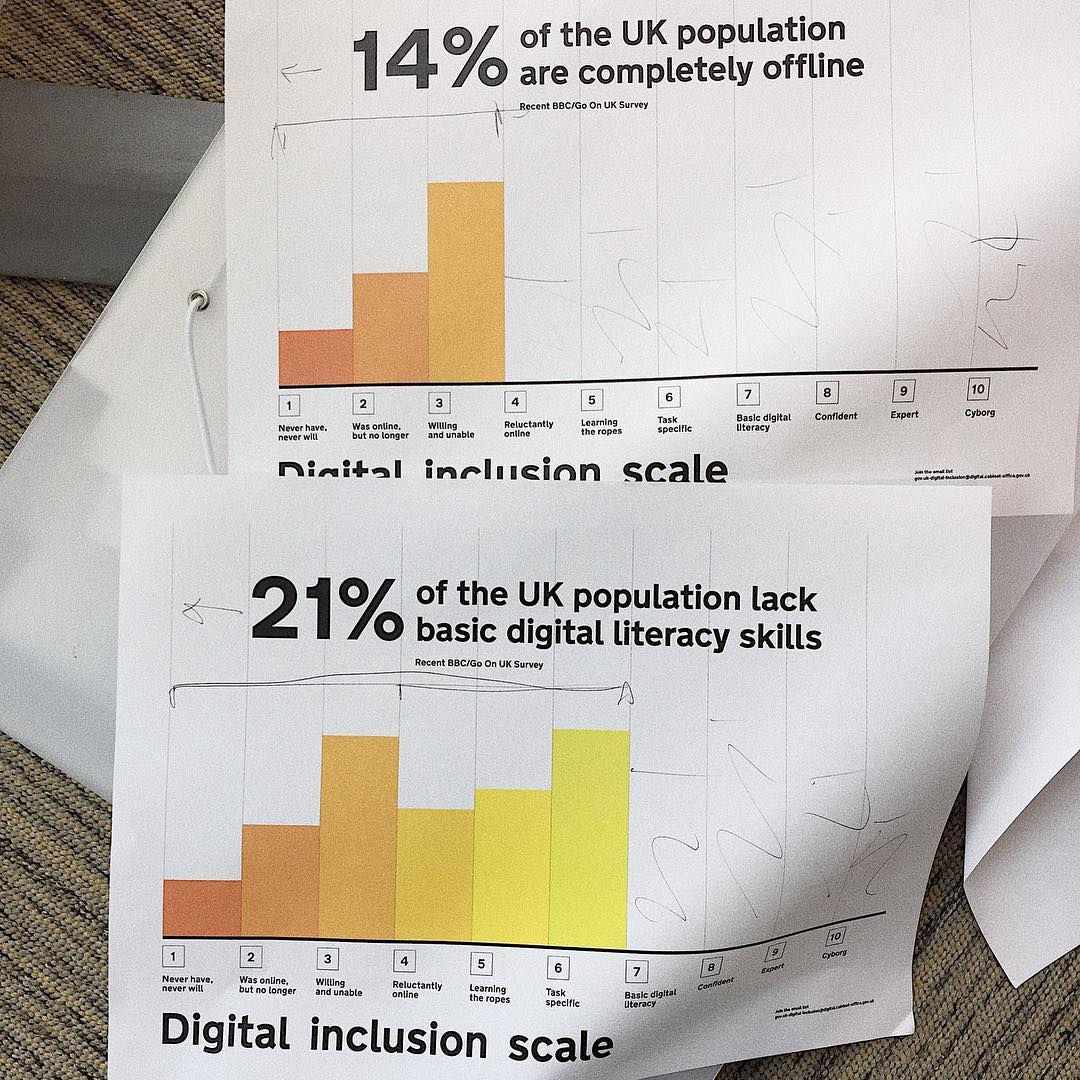 update Since I posted this at the weekend a few people have asked if I kept this “the dream” sketch – which I did as a joke and which then sort of took on a life of its own. 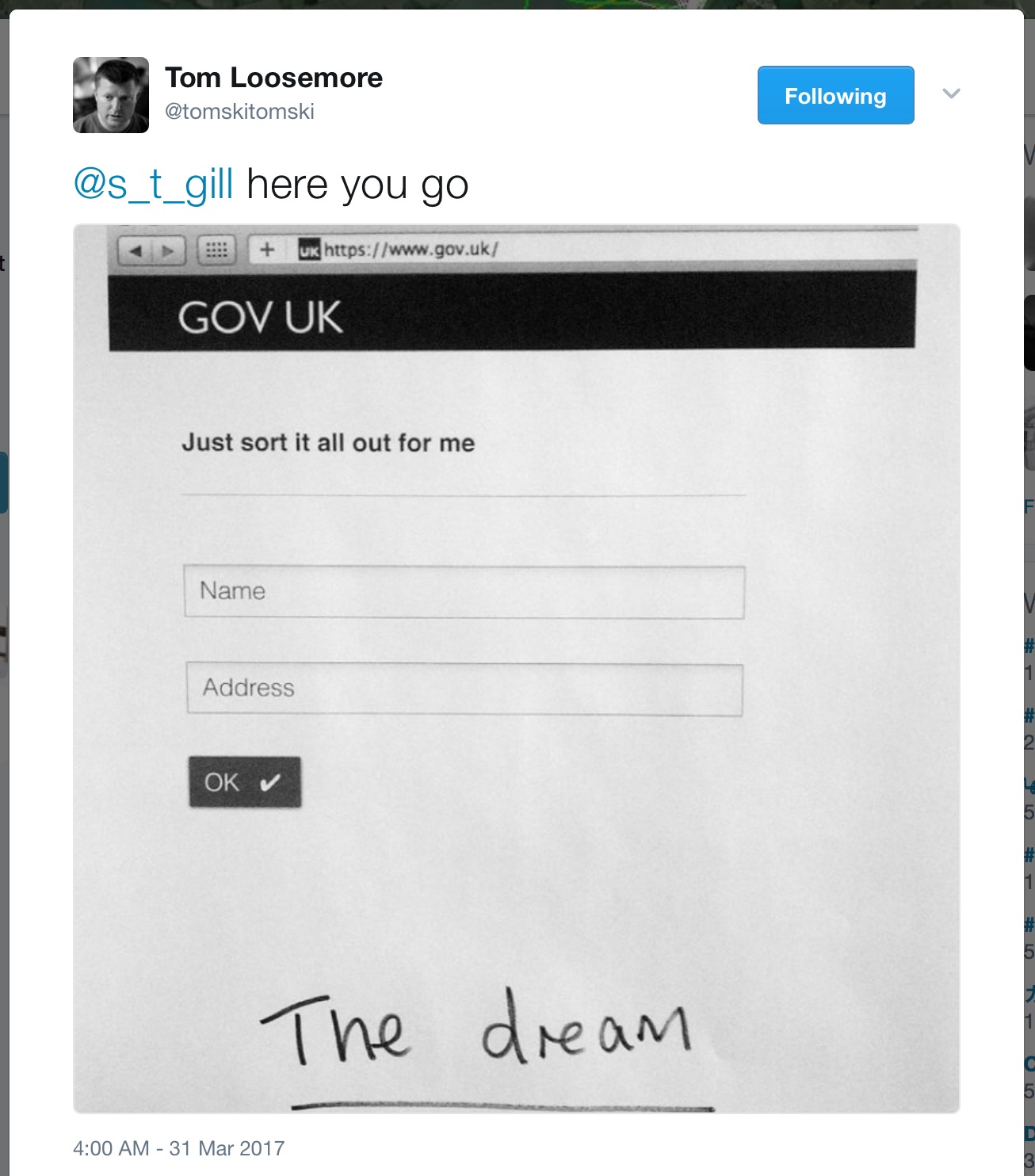 I didn’t keep that one. I do have the file so I can print it out again lol, but it’s not really the same is it?

Also, you’ve all been nothing but nice about this post but I’ve had a think about it and realised the way I listed people might make it seem that they were the only ones who did any design on GOV.UK in the early days. That’s not true. Credit matters, and amy, alex, chris, ed, henry, james, paul, richard and tim all sweated on that website too (and guy didn’t just do drawings of sherlock holmes). I just didn’t have a chance to steal hardcopies of their work back in 2012.