Lets talk about some good websites. I don’t do that very often on here. 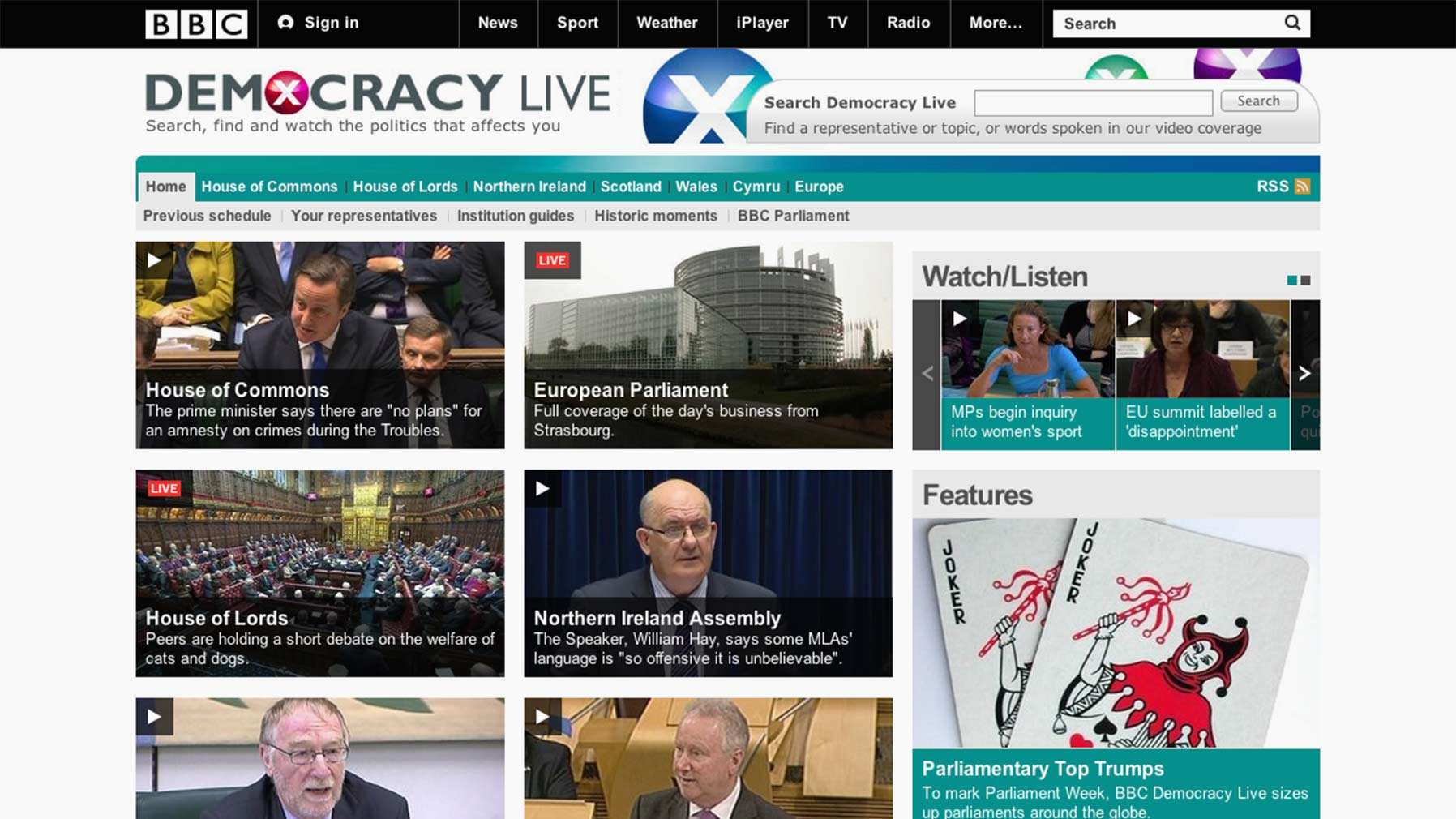 Democracy Live offers live and on-demand video coverage of the UK’s national political institutions and the European Parliament, backed by innovative search technology to allow people to follow political debates and developments around the areas and issues that matter to them most. The website provides unedited access and allows people to find out about their elected representatives and the decision-making process.

I didn’t contribute anything to this project when I was at the BBC, but I sat next to the team for a while and went to a few presentations. The site automatically transcribes all public debates in the House of Commons, House of Lords, Northern Irish, Scottish and Welsh Assemblies & the European Parliament, which you can search for mentions of whatever interests you and then watch video of the debate. Admittedly the graphics haven’t aged well and the prioritising of video instead of exposing the text transcripts is frustrating, but the quality of the idea rises above those concerns. 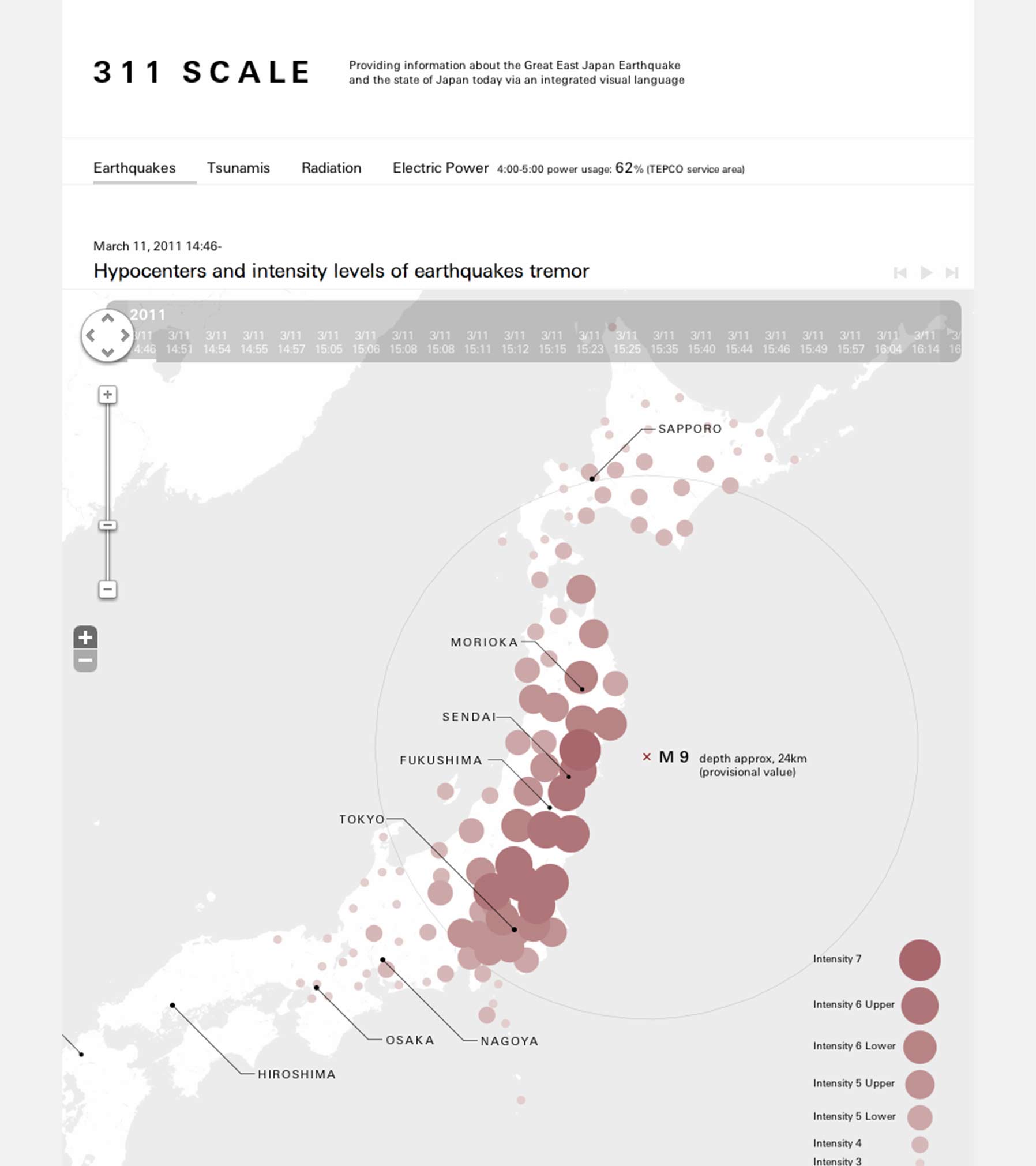 Providing information about the Great East Japan Earthquake of March 11, 2011 and the state of Japan today via an integrated visual language. No dramatization. No opinions. Communication that can be easily understood by people around the world.

This is a web-based monitor for earthquake, tsunami, radiation and electric power levels set up after the earthquake in 2011. Nippon Design Center are a design company, but they made this as a public service because neither public officials nor the press appeared to have much interest in telling the truth about what was actually happening in the country as the Fukushima nuclear disaster unfolded. 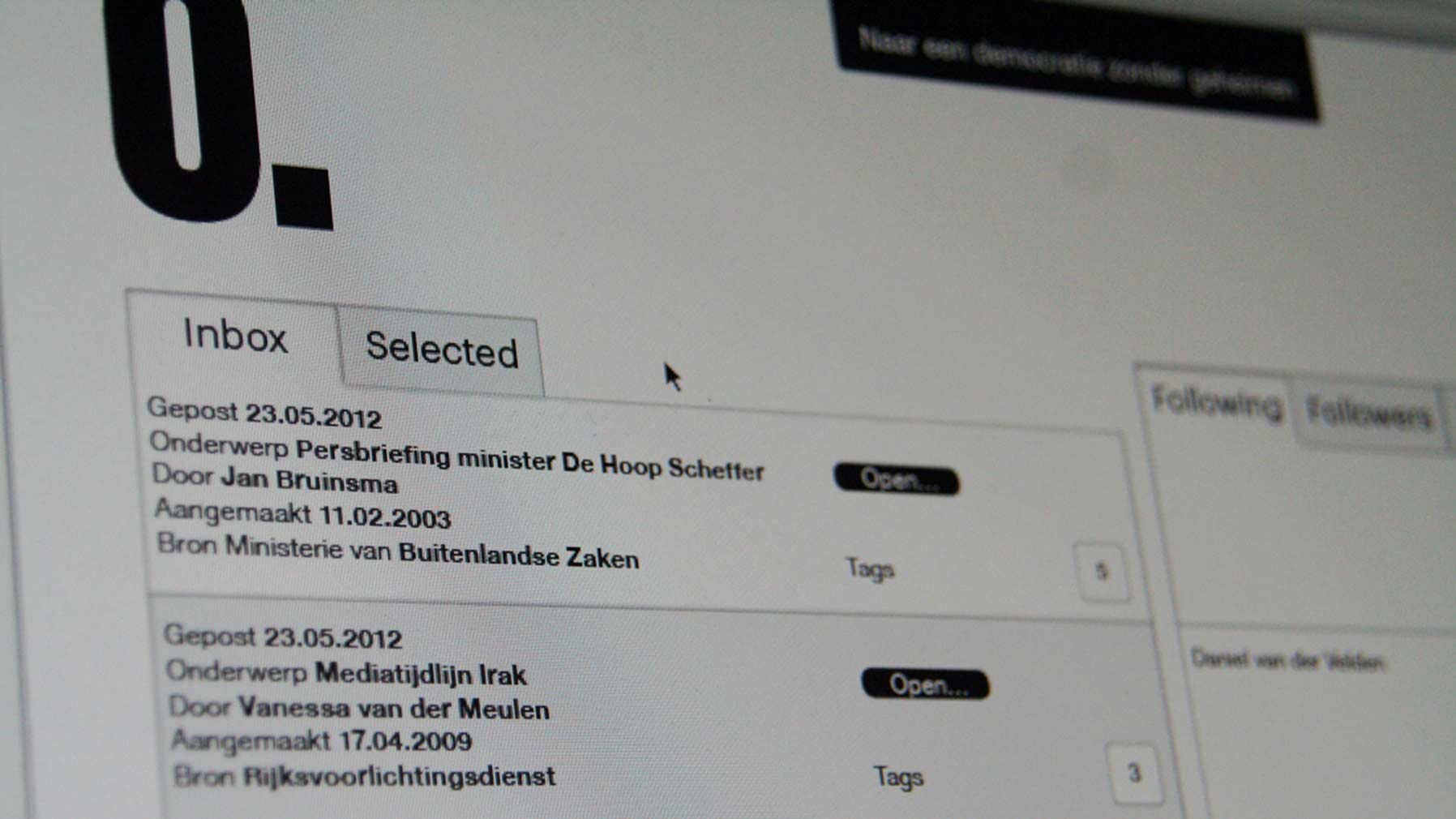 Nulpunt is a collaboration with the artist Jonas Staal. In essence it is a simple tool for government transparency that tries to work with the question: ‘Why are documents produced by FOI requests so boring?’ Because they aren’t visibly shared, read, and worked at by anyone; the editing and review is private and Nulpunt makes it public, shared, ‘social.’

Metahaven, in issue #290 of Desktop Magazine

Again, a product from a design agency, attempting to take the sort of crowdsourcing activity that The Guardian have inspired on several occasions and turn that into a constant, steady engagement with politics.

Ok, so none of these sites are good in the ways we traditionally measure websites; one of them has hidden its most useful content, another hasn’t even launched 18 months after publicly announcing itself whilst the last hasn’t been updated in just as long. None of them won any awards, dominated the design blogs or racked up billions of hits. But fuck that. Most of the important ideas in design were short-runs or didn’t actually work. It’s the effect they have on the products that follow them that matters.

Expanding on Paul’s ideas about the web aesthetic beyond interfaces, all of these websites are of the web - open, networked, questioning and intentionally distanced from both the source of information and the perspective of the user - in ways that have made me rethink the priorities in my own work.

I’m bored of hearing people at conferences talking about how we’re still figuring out web design. We know what web design is, we tried lots of things and discovered that web design is pretty much exactly what some people were telling us it was 15 years ago. The thing we’re still trying to figure out is what design can bring to the web. 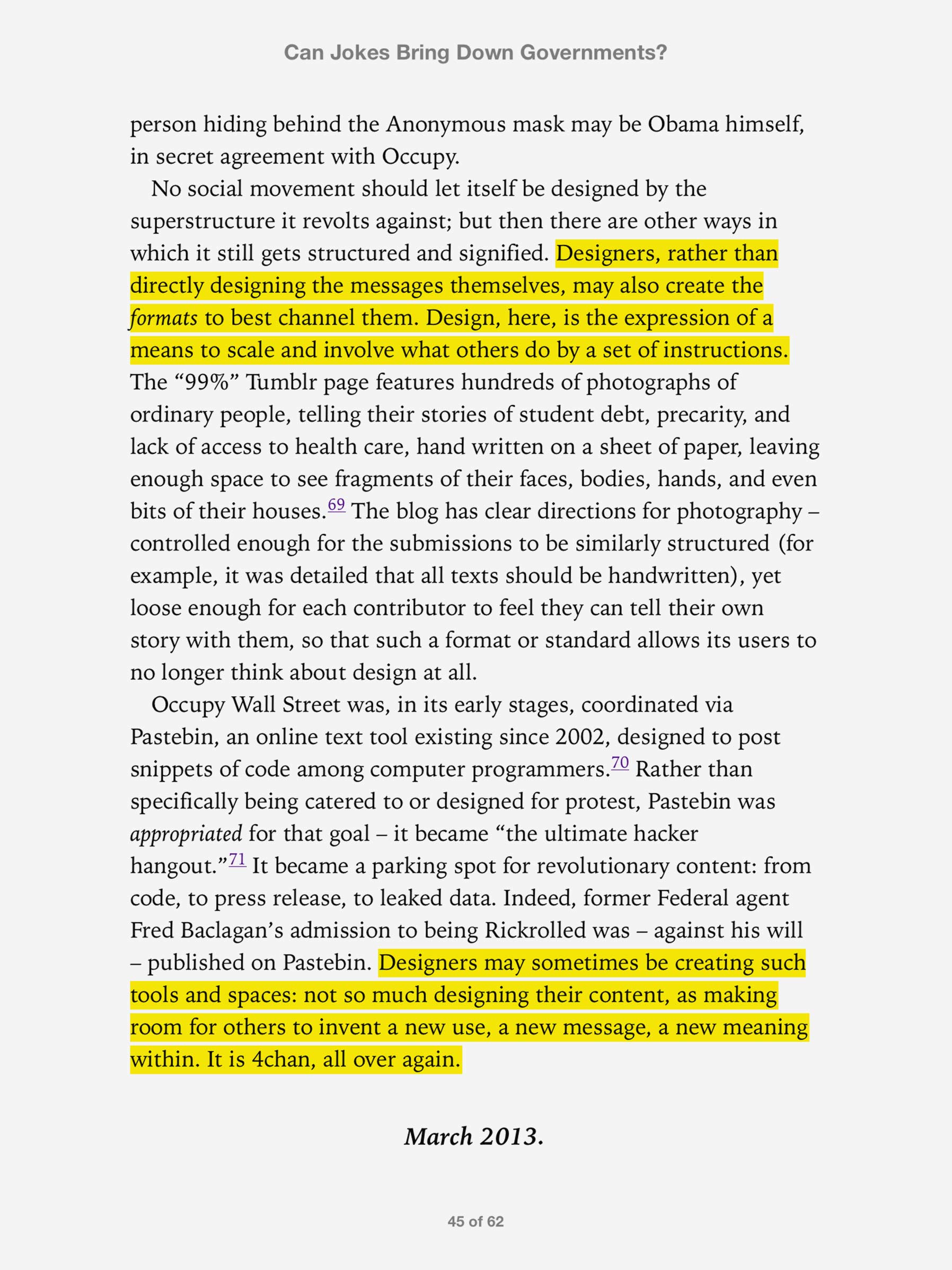 Metahaven, Can Jokes Bring Down Governments?